Minecraft is full of monsters that want to kill you, and that is especially true during nighttime. Zombies and skeletons start spawning, spiders get aggressive towards the player, and creepers are harder to spot due to the dark environment. As such, it is ideal to quickly make a bed to skip the night. Some would stay up instead but that might not be a good idea; ever since Java 1.13, if you have not slept for three or more days, hostile flying mobs called Phantoms might show up and attack you. Check out this flying guide to help you in your mode of transportation.

So the safe way to skip the night would be to go to sleep. To make a bed, you would need three wood planks and three blocks of wool. How does one acquire that? Well, you can make one from four strings that can be dropped from spiders, but that takes too much time. The next solution would be to get some from sheep. When you kill one, it drops a block of wool.

However, killing one might be a waste of resources. Sure, it drops meat and wool, but later on, you might need more wool and you would have to find sheep in distant lands. This becomes significantly harder when you are stuck on an island. A better way to handle this would be to use shears. With it, you can gather wool without killing the sheep. What are shears and how do you make one? Read on further to find out.

How to make shears in Minecraft 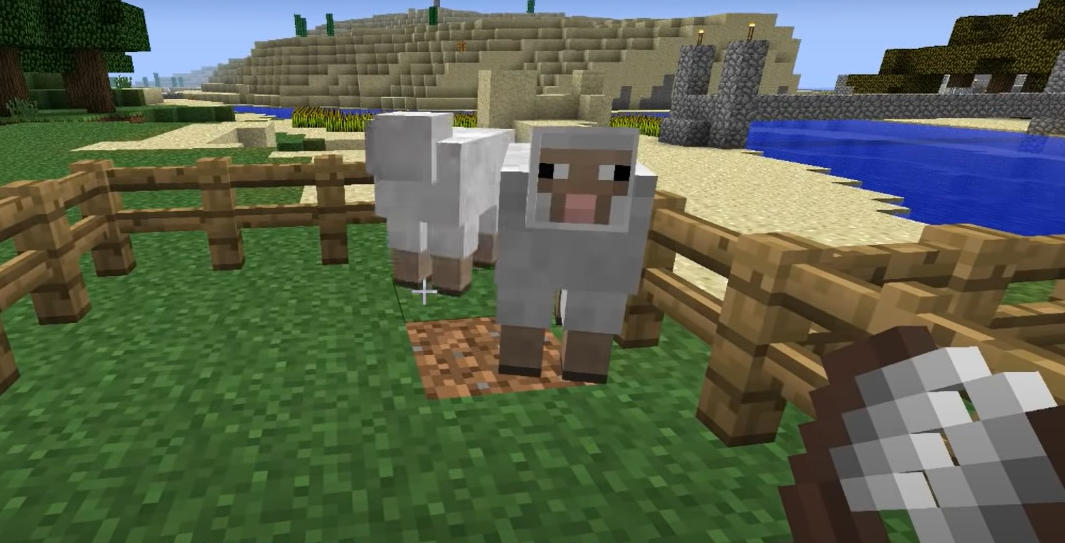 To get iron ingots, you would need to find iron ores. You can follow this step-by-step process to gather the materials you need to craft the shears. If you are entirely new to Minecraft or if you do not have any tools at all, you can start from step 1. If you already have a stone pickaxe or something better, start from step 4. If you already have the materials need and you just want to know how to make shears, go to step 6. 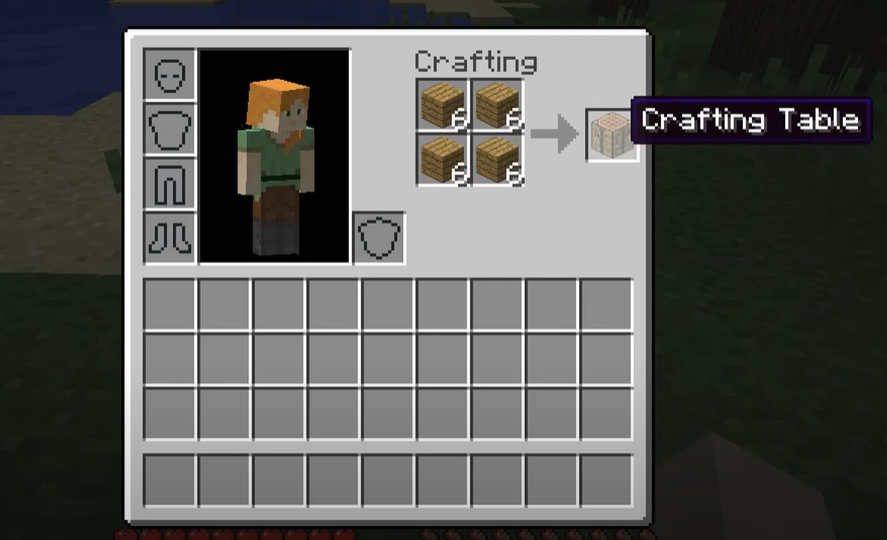 Congratulations! You just got yourself your first crafting table. To use it, you must place it on the ground first and open it (this varies depending on what device, console or PC, you are playing on).

Check out our guide on how to make a cartography table.

To do this, you must follow these steps. The following steps are under the assumption that you have collected at least three wooden logs during the previous section. So, you still have two wooden logs left. 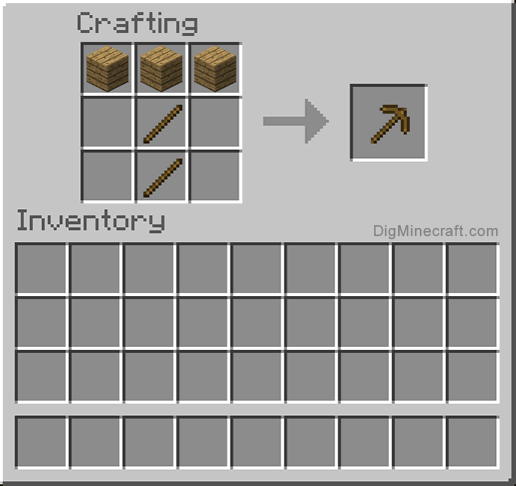 You finally have your wooden pickaxe!

Once again, you only need to make a wooden pickaxe so that you can make a stone pickaxe. Stone pickaxes need cobblestone, and you cannot get them with your bare hands. To craft a stone pickaxe, the following materials are required:

To do this, you must follow these steps. The following steps are under the assumption that you have kept two sticks from the previous section. 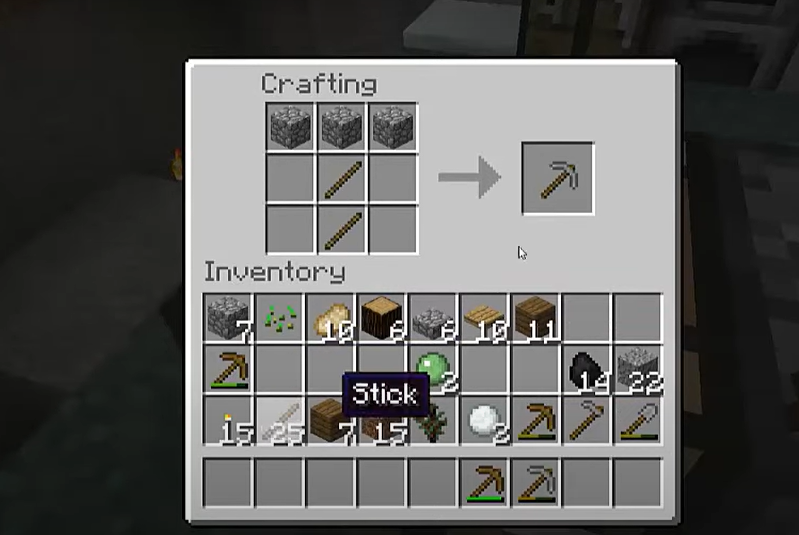 You have a stone pickaxe now to mine some iron ores.

Step 4: Make a furnace and get coal

Assuming you have done the previous step and mined 11 stone blocks, then you already have the 8 cobblestone blocks you need to make a furnace. If you do not have the requirements yet, find at least 8 stone blocks and mine them with your pickaxe. Then, follow these steps.

You have your furnace now. But to make it work, you also need to get some coal first. Below are the steps to obtain some coal.

Viola! You have your coal. If you cannot find coal ore, you can make charcoal instead. You would need two wooden logs for this so if you do not have them, go find some. 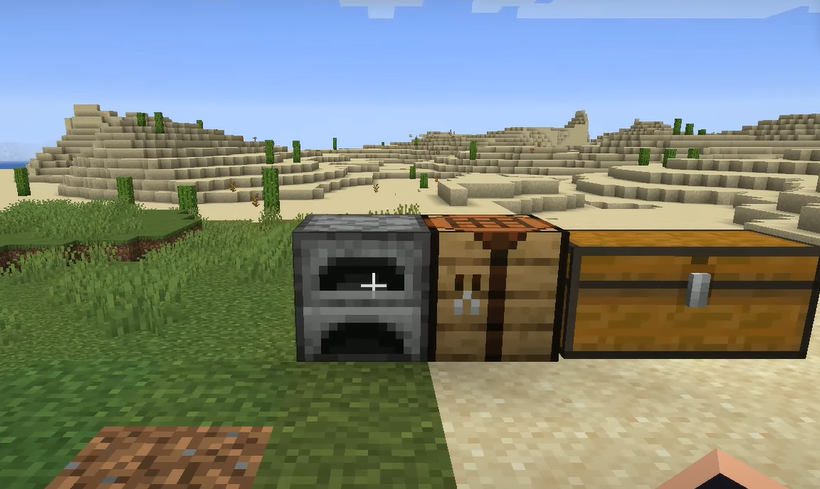 Now you have your fuel for your iron ingots.

Now that you have a crafting table, a furnace, and some coal or charcoal to smelt your raw iron into iron ingots, it is time for you to get the materials needed to make shears. To get them, follow the steps below. 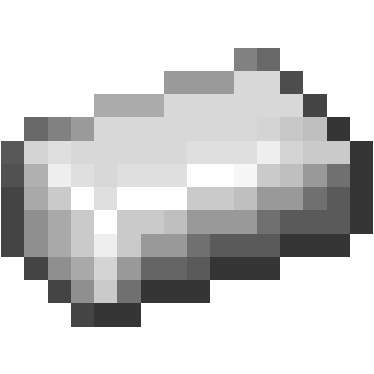 You finally have your iron ingots! Hooray!

To start, you only need:

Even though you already have your shears, it is important to note that there are more ways to obtain iron ingots. You can also get them as chest loot from the various structures. So, if you are near any of these structures listed down below, you might find yourself some and you can skip all the way to step 6. There are two separate tables; the first one is for the Java edition and the second one is for the Bedrock edition. Note that this is following Update 1.17.

Another way to get iron ingots is through mob loot. Mob loot is the items dropped by a mob when they are killed. Iron golems drop 3 to 5 iron ingots when killed. However, it is always regarded as a bad move to attack an iron golem to gather iron ingots unless they are already in an iron golem farm.

What are shears used for in Minecraft? 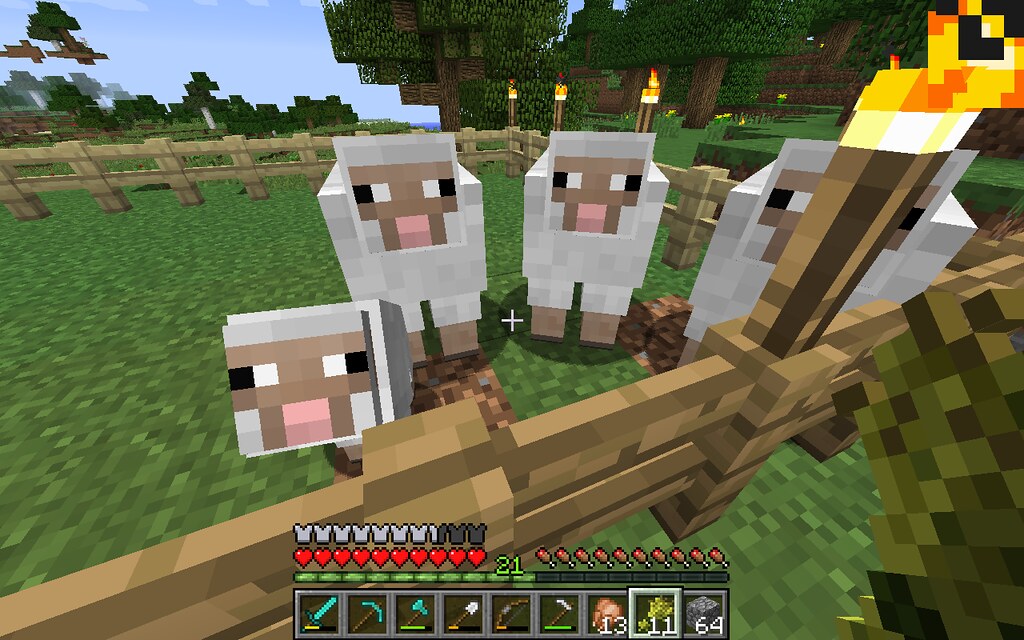 Shears are tools for cutting off the wool of sheep, but they can be used in other ways as well. In their appearance in Minecraft, they are as large, sharp scissors with brown handles. There are many ways to use the shears depending on what device you are playing in. On PC, you can use the shears on a mob or block by right-clicking on them. Below is a list of mobs and blocks that has effects and drops when used with shears.

The shears can also be used to break and harvest the blocks faster and more efficiently compared to other tools. With shears, you can have blocks in your inventory that you could not normally harvest such as grass, leaves, etc. Below is a list of said blocks.

Answer: You can repair shears by combining them with other shears. The durability of both items combines into one item of shears plus an extra 5% durability. To do this, you can simply place them side-by-side either in your personal 2×2 crafting grid or the crafting table’s 3×3 grid.

Question: Can shears be enchanted?

Answer: Yes via an anvil. Shears can be enchanted with the Efficiency, Unbreaking, Mending, Curse of Vanishing, and (Bedrock only) Silk Touch enchantments.

Question: Can you enchant shears with Fortune?

Answer: No, you cannot.

Question: What can shears do in Minecraft?

Answer: Shears can be used to harvest drops such as honeycombs and wool without breaking or killing the block or mob. Shears can also give additional effects such as turning a Mooshroom into a regular cow. Finally, shears can harvest blocks that cannot be normally obtained through other tools such as grass or leaves.