In Minecraft, there are a few essential tools that every player should have. There are tools such as the crafting table, furnace, blaster, anvil, and more. The list goes on. One tool, however, may not be in the constant limelight but is still one of the greatest tools added into the game (at least in Survival mode). That tool is the stonecutter.

Added in 1.14 in Java Edition, it lets players save their blocks while doing construction work. While its usage is limited to stone blocks and their varieties, it still is a wonderful tool. Yet, not many players think of getting one of these in their playthrough. Stone has lots of varieties, including mossy cobblestone, sandstone, granite, diorite, and so much more. Having a tool such as a stonecutter to customize these is efficient.

If you are building a tower made of sandstone, a statue made of prismarine bricks, or a monument made of quartz, then the stonecutter is the effective tool that you should have. This guide will show you why the stonecutter is one of the most important tools you might need, especially if you are cost-effective when constructing stone builds.

How to Make the Stonecutter in Minecraft

Version needed to obtain a stonecutter:

Requirements to make a stonecutter:

Generally, you only need one stonecutter unless you have multiple homes that you regularly stay in from time to time, in which multiple stonecutters might be beneficial. Still, a single stonecutter is good enough as you can break it when you plan on going to another location just like crafting tables or furnaces. In this guide, you are to follow some general instructions from another article. When you open it, there are hints on where you can start depending on what you already have.

Making a stonecutter from scratch deals with making a crafting table, a furnace, a pickaxe, and more. These essential details have already been covered in previous guides, so to make your experience easier, follow the instructions in this guide but only up to step 5.

This guide contains the following steps:

Again, do NOT proceed to step 6 as it involves making shears. Otherwise, do all of these steps so that you can have your iron ingot. There is one key difference, however, between the guide and making a stonecutter. As mentioned before, you only need one iron ingot, whereas, in the guide provided, you are instructed to gather two. Since you are making a stonecutter, one iron ingot will do.

It is highly encouraged that you read the other article as it is more detailed and is full of hints for each step on where to find the resources needed. Still, if you are not able to visit the link due to time limitations and the like, here is a quick summary of each step. 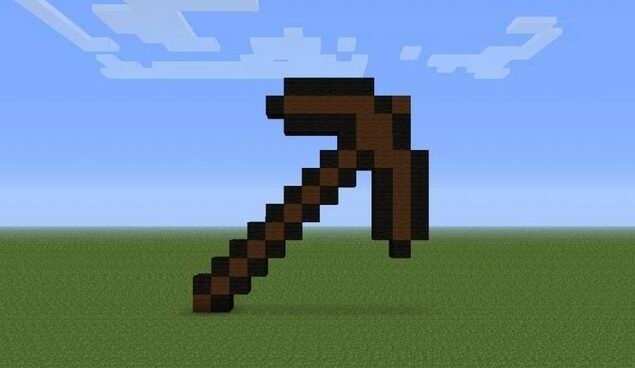 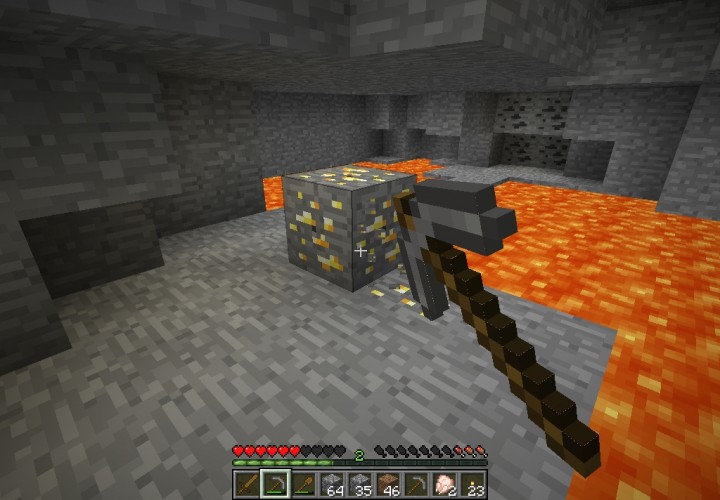 Step 4: Make a Furnace and Get Coal Once you have done all of these, you are almost there to complete your stonecutter. All you need now is stone. If so, follow the next steps.

Stone is needed to make a stonecutter. As you have already known, when you mine stone, you will receive cobblestone. Cobblestones cannot be used to make stonecutters. So, how do we convert that cobblestone into stone? This guide will teach you how. First, you need to find at least three stones that you can mine. You can go to where you collected the stones for your furnace to collect more. Stone is an extremely common resource since it can be found beneath the dirt.

Reminder: stone can be mined using at least a wooden pickaxe. Assuming you have followed all the steps beforehand, you probably have a stone pickaxe by now, and that is much more efficient. If you do not have a pickaxe, you should make one to mine stone. If you mine stone without a pickaxe, it will take longer and, in the end, you will get nothing in return.

Alternative: Use a Pickaxe Enchanted with Silk Touch

Alternatively, if you are already well-equipped with the appropriate tools, you can mine stone using a pickaxe enchanted with Silk Touch. If you have one, you can mine stone without it turning into cobblestone; it will simply give you stone. When this is done, you do not have to smelt cobblestone to turn it into stone. Thus, you can skip the next step and proceed to step 3.

Step 2: Smelt the Cobblestones Into Stones

Once you have mined at least three stones for your stonecutter and received three cobblestones, it is time to convert them back into stone. To do so, follow these steps:

Congratulations! You now have the stones you need to make the stonecutter.

When you have successfully followed all these steps, it is time to craft your stonecutter. To make a stonecutter, you need the following materials:

Since you already have these materials based on the previous steps, you now need to do the following:

How to Get a Stonecutter Through Other Methods in Minecraft

Other than crafting, there is only one other way to get a stonecutter. Stonecutters can generate within villages, specifically inside stone mason houses. Depending on the village’s biome, stonemasons have different appearances and cannot be simplified into a common distinguishable trait. Their houses also differ in appearance depending on the village’s biome. If you find a village, the way to find a stone mason’s house would be to search each house for a stonecutter.

How to Use the Stonecutter in Minecraft

To use the stonecutter, you only need to do the following:

When a stonecutter is placed under a note block, the note block will instead produce a “bass drum” sound. This can be useful if you are planning on recreating a song with note blocks involving bass drums. The stonecutter can also be used as a villager’s job site block to turn its profession into a stonemason. Stonemasons are villagers that will trade with you stone-related items.

Frequently Asked Questions about the Stonecutter

Question: What Does Stonecutter do in Minecraft?

Question: Why should you use a stonecutter in Minecraft?

Question: When was the Stonecutter Removed from Minecraft?

Answer: The stonecutter was never removed from Minecraft. This useful tool was introduced in 1.14 and is still present in the latest version. Before 1.14, the stonecutter did not exist, so you cannot craft nor find one.

Question: When was the Stonecutter Added to Minecraft?

Answer: The stonecutter was added in Java Edition version 1.14, also known as the Village and Pillage Update. At first, the stonecutter could only be obtained in Creative Mode and had no functionality whatsoever. Slowly, the developers added in functionality as well as turned it into the stone mason’s job site block.

Answer: Yes, stonecutters exist in Bedrock Edition. They can be crafted similarly to Java Edition and can also be found in villages inside stone mason houses. They offer the same functionality as Java Edition’s stonecutters.

Now you know how to make a stonecutter recipe. Make sure to check out some of our other articles as well.

For more interesting readings check out: