There are many ways that you can fend for yourself in Minecraft aside from your typical swords and shields. For example, you can benefit from the positive effects of drinking potions. When you have reached the Nether in the game, you can gain access to the materials you need to brew your very own potions. There are a lot of potions in the game that you can benefit from.

What does the Potion of Slow Falling do in Minecraft?

When you drink a Potion of Slow Falling in the game, it grants you the Slow Falling effect. This effect makes you fall slower than usual, and since you are falling at a much slower rate, you would not take any fall damage from falling.

This is incredibly useful when you are high up somewhere, such as in the mountains, or if you are exploring caves with tricky cliffs. It is also very useful in End Cities because shulkers can attack you and give you the Levitate effect.

When you are under the effects of a shulker’s levitation, you can go high up into the sky. When it wears out, you can fall to your death. With the Slow Falling effect, you can avoid this death as you slowly drift back to the ground. Furthermore, when this effect is active, you can sprint then jump across a gap of almost six blocks. It is an incredibly useful feat when exploring caves and the Nether.

Another side effect of drinking the potion is that you cannot destroy crops when you jump on them. If you are travelling on an extremely large farm and you are surrounded by crops everywhere, the Potion of Slow Falling can be your ally if you do not want to destroy these crops.

The Slow Falling effect from the Potion of Slow Falling lasts for one minute and 30 seconds, so be mindful when the effect fades away. If Redstone dust is added in the brewing process of the potion, the effects will last much longer, extending to four minutes.

Check out our guide on the Best Things to Make in Minecraft: Top Recipes. 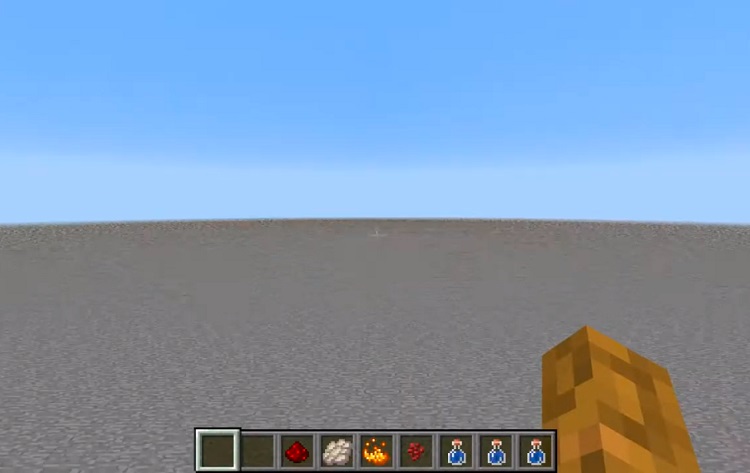 Version needed to make the Potion of Slow Falling:

Requirements to make the Potion of Slow Falling:

This guide is organized into sections to assist you in acquiring the necessary resources. So, if you already have certain materials but are lacking some, look for the parts that will direct you to where you may get the necessary goods.

For example, if you already have a brewing stand, a nether wart and, and a water bottle, but you do not have the rest of the ingredients, then you can find the guides on obtaining the missing ones here.

The following sections presume you already own a crafting table and that you know how to do basic actions such as mining and attacking mobs. Follow the instructions below if you still do not have a crafting table.

How to Get a Brewing Stand

You need to make a brewing stand to have one, and to do so; you need the following materials:

Note that you can also use Blackstone or cobbled deep slate as an alternative for cobblestone. However, it works differently in Java Edition and Bedrock Edition. In Java Edition, you can freely interchange the three variants to make the brewing stand, meaning you can use a mix of the three.

In Bedrock Edition, however, you can use only one variant of the three blocks, meaning if you choose to use cobblestone, then you need three cobblestones and nothing else.

Of course, you need to mine stones to get the three cobblestones for the brewing stand. They are extremely common as they are usually below the dirt. You need at least a wooden pickaxe to get them. Once you have them, keep them because this part is the easiest process in making a brewing stand. The following steps are the steps needed to get a blaze rod.

Step 2: Go to the Nether

Once inside the Nether, you need to find a nether fortress. The Nether is a chaotic place, so there really is no guide on finding a nether fortress, as they generate randomly. The best that you can do is to wander in the Nether until you encounter a nether fortress. Be sure to have some armour and a weapon with you as you need it to fight against the blazes and the different hostile mobs in there.

When you do find a nether fortress, get inside it. Blazes will spawn naturally, but there are also spawners in the nether fortress that will spawn a blaze. Find a room with one and wait for a blaze to spawn. Blazes will attack you by shooting fireballs, so shields will be good to carry along with you to block them. When a blaze dies, they can drop a blaze rod, or they can also drop nothing at all.

Now that you have the ingredients you need, it is time to make a brewing stand. To do so, follow the steps below.

How to Get a Water Bottle

To get a water bottle, you need to make a glass bottle first. To do so, you need the following items:

How to Get a Nether Wart

The nether wart is an item that is necessary to create a base potion, also known as an awkward potion. They naturally generate in nether fortresses as well as bastion remnants. These structures are found in the Nether.

If you do not know how to access the Nether, follow the instructions on the “how to get a brewing stand” section. Bastion remnant, just like nether fortresses, generates randomly, so to find one, you would have to wander around the Nether for a while until you encounter one.

When you find these structures, go inside them and look for them. They grow on soul sand. They can be easily mined using any tool you want; you can even mine them using your hand. In general, the hoe is the fastest tool to harvest them. Once you have a nether wart, you can plant them on soul sand. They will grow, just like carrots and potatoes, and when they reach their fourth stage, you can harvest more.

How to Get a Blaze Powder

Blaze powder is an item that you can make using blaze rods. To get blaze rods, follow the steps in the “how to get a brewing stand” section. In there, you can find the steps to make a nether portal if you do not have one. Once you do have a blaze rod, do the following:

You now have a blaze powder, which will be used as fuel for the brewing stand.

How to Get a Phantom Membrane

A phantom membrane can be dropped as mob drops from phantoms. Phantoms are hostile mobs that will appear and attack the player if they do not sleep for three or more in-game days.

When killed, they can drop a phantom membrane, but there is also a chance that it will drop nothing at all. So, the first thing you need to do is not sleep for three or more in-game days, then wait for phantoms to spawn and attack you. Kill them and collect the drops.

(Optional) How to Get Redstone Dust 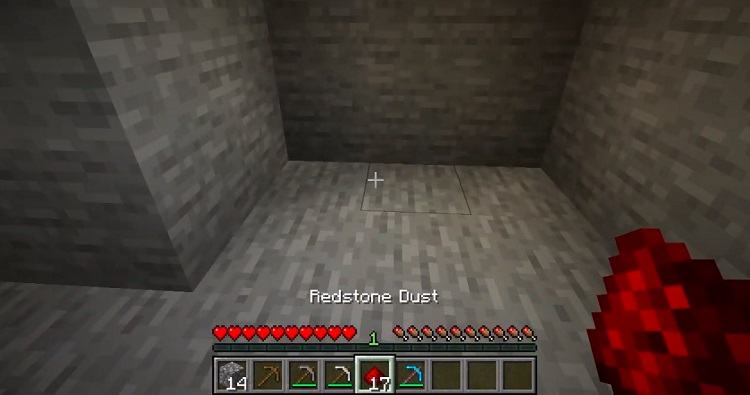 Redstone dust is an optional ingredient, meaning that you can create the Potion of Slow Falling without one. Redstone dust only makes the potion’s effects last longer. To get them, you need to mine Redstone ores using at least an iron pickaxe. Redstone ores are found deep beneath the ground, and one way to get them is by going deep in a cave.

How to Make Potion of Slow Falling in Minecraft

Once you have all the ingredients, you can finally make the Potion of Slow Falling. To do so, follow the steps below.

Question: Can You Extend the Potion of Slow Falling to Last 8 Minutes?

Answer: Normally, no, you cannot. The longest time frame that the Potion of Slow Falling grants is four minutes, and that is if you have added in Redstone dust.

Question: Does the Potion of Slow Falling Exist in Bedrock Edition?

Answer: Yes, it does. In fact, all of the potions in Java Edition can be made in Bedrock Edition. It still has the same process.

Question: How does Slow Falling Affect the Elytra?

Answer: Accordingly, flying with an elytra but without a boost from rockets would be twice as efficient if the Slow Falling effect is active. When the flight is boosted, it works normally, but the momentum gained does not last as long.

Question: How Long Does the Potion of Slow Falling Last?

Answer: It lasts for one minute and 30 seconds. If Redstone dust is added during the brewing process, then it would extend to four minutes.

Question: How do You Make the Potion of Slow Falling Last Longer?

Next, put Redstone dust on the top slot and wait for the potions to brew. When that is finished, you have successfully made your Potion of Slow Falling last longer.