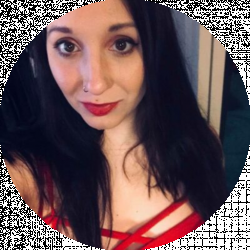 Stephanie Jensen
Stephanie first fell in love with Minecraft while she was a freshman in college. Minecraft was one of the best discoveries of her youth. She loves how endless the opportunities are; whether it's crafting, PVP, creative mode, building, or exploring, there are neverending possibilities while she's playing!

Minecraft is one of the most played games in the world, yet its popularity was very unlikely. For example, did you know the first version of Minecraft was only created in six days? The alpha version was unleashed to the world on May 17, 2009, and the Minecraft frenzy began.

Why is Minecraft so addictive? Players can build a variety of structures, defeat mobs, and undergo a variety of adventures.

Players can also do little-known activities, such as teleporting. Learning how to Teleport in Minecraft is convenient because you can easily go to another location. But there are different teleportation methods and they all vary, depending on your hosting privileges, the Mode you’re playing, and even which console you’re playing on.

How do you teleport and use the /tp command? Here’s how.

A Few Important Facts to Know Before You Teleport

Before you start teleporting, players will need to know some essential facts about how to teleport, different teleportation methods, and other requirements.

Before you can teleport, you need to meet certain requirements. Examples include:

You can also control what direction your character is facing when they land. You have two options when doing this: 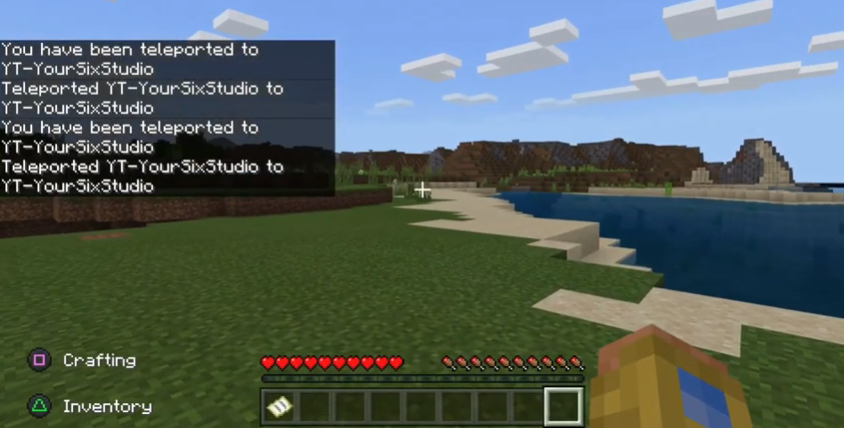 Fortunately, teleporting commands are the same throughout platforms. But you’ll still need to know the specific code.

In this example, we’re having our player (named Minemum) teleport to the location coordinates 3, 98, 0 (coordinates are x, y, z). The command is the same across all platforms:

In Java, the prompt is: /tp Minemum Digicraft. It’s the same on just about all platforms.

Now that you know some basic commands, you’ll have to know how to enter them.

Start by enabling cheat codes if you haven’t yet. In Java, create a new world and click “More World Options” from the menu. This will lead you to another window. Select the “All Cheats” section to “ON.”

From here, open the chat window. This is different for all platforms.

Type in your command and press “Enter” to run the command. On PS4, you’ll press the square button. From here, you should teleport.

Teleporting to Your Spawn Point 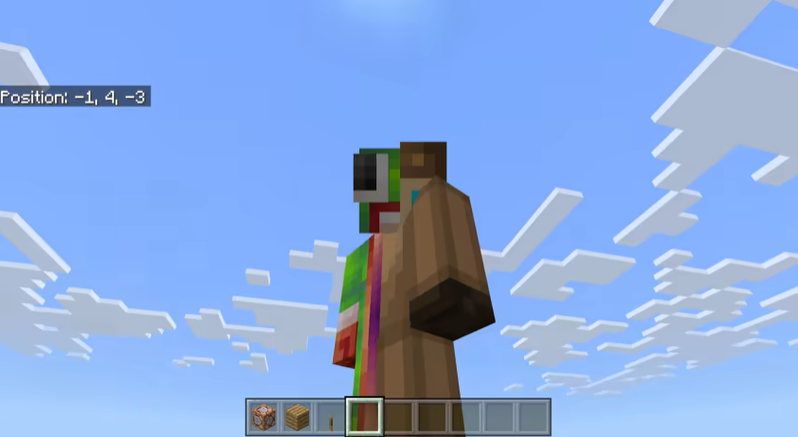 First, set your spawn point if you haven’t. There are two ways to do this:

Do You Need Cheats to Teleport in Minecraft?

While the /tp cheat is one way to teleport in Minecraft, it’s not the only way. And the best part is other methods don’t require cheats.

Get the Command Block

A command block can execute commands. While it can’t be obtained while playing in Survival mode, you can obtain the block when using custom maps and on multiplayer servers.

To get the command block, go to the type screen and type /give [your player name] Minecraft:command_block. You’ll get a command block.

Dig a hole two blocks deep and place your block in the hole. Left-click the command block and type in: tp @p [x cord] [y cord] [z cord]. Cover the hole with grass and a pressure plate. Stand on the pressure plate and you’ll be transported.

If you’re playing on Xbox or PS4, you can enable host privileges to turn on cheats. Keep in mind, you can’t enable hosting privileges on Bedrock Edition. Also, you can only teleport to other players with this cheat — not locations or coordinates.

Start by enabling host privileges. After loading the game, click on “More Options” and check the Host Privileges box. Press B or the Circle button, depending on the console you’re using.

When you’re back to normal player mode, press the back button (X for Xbox and PS for PlayStation). A menu will appear. Select the Host Options button and select Teleport to Player.

A few different players appear. Select the player you want to visit and you’ll be teleported to them.

This method is the most challenging. That’s because to get the Ender Pearl, you need to kill an Enderman or find one in a Stronghold Chest.

For this pod you will need:

To sum up his tutorial, you’ll need to put down a layer of nine blocks in the shape of a square (one side will be missing and there should be a space for you to walk in). Place rods on top of each block and place other blocks on top of those rods.

In the space, dig a 3 x 3 hole. Place the iron blocks in the holes and place the beacon on top.

Make two of these teleportation pods and you can teleport back-and-forth.

Minecraft has four different playable modes: Survival, Creative, Adventure, and Hardcore. Teleporting is different, depending on the mode you play. In this example, we will go over the two most popular modes: Survival and Creative.

There are no teleporting prompts in Survival mode. Does that mean you can’t teleport? You can, you just need to teleport using the Ender Pearl. However, the Ender Pearl teleports you at a limited distance and is difficult to get.

That’s why teleporting in Creative Mode is your best bet.

Creative Mode is one of the most popular modes for a good reason. It’s a great way for new players to learn to play Minecraft and players can build a variety of different structures. You also have access to tools and cheats, such as teleporting.

You can use all of these teleporting functions in creative mode, though using the Tp command is by far the easiest.

Question: What Is Minecraft?

Answer: Minecraft is a “sandbox” game where the whole world is made of blocks. Players can build structures, collect tools and livestock, defeat mobs (or monsters), and can play different games. There are modes that have specific purposes and goals. Multiplayer mode is available to make the game more engaging and players can also play with their friends.

Question: Can You Play Minecraft for Free?

Answer: Minecraft has a free and paid version. The free version is simple and the best option for new players who only want to get a taste for the game and build structures. Paying for Minecraft has many benefits, such as playing in multiplayer mode.

You can download the free Java edition for PC, PS4, and Android. You can get the free edition on Xbox if you have a game pass.

Question: What Is the Goal of Minecraft?

Answer: The goal of Minecraft depends on the mode you’re playing.

In Survival Mode, your only goal is to survive. This includes finding food, building shelter to safeguard you, your crops, and your livestock from mods, and more.

In Creative Mode, your goals are more flexible. There are no survival functions. Most players use Creative mode to create structures. You have infinite use of blocks, so you can create a variety of different structures.

Question: How Do You Install Minecraft?

Answer: To install Minecraft, you’ll need to visit the Minecraft website, choose the platform you’re using, and follow the prompts. This tutorial explains the process in detail.

Answer: Minecraft is recommended for kids aged 8 and up. But parents should make responsible decisions when letting their kids play Minecraft.

Minecraft is an overall appropriate game because it doesn’t involve too many adult-only concepts. But the game does have mild violence and is overall a pretty complex game.

There are also other aspects that parents should be wary about, such as playing in multiplayer mode and joining the online community.

What if you think your child is too young to play Minecraft? There are child-friendly alternatives that younger children can play. These games are challenging and still let them express their creativity.

But what if your child won’t stop begging for Minecraft and you’re still unsure? We recommend buying Minecraft but supervising them. You should also establish certain rules, such as not playing multiplayer mode or only playing with friends (so they’re not talking to strangers online).

Question: How Do Updates and Editions Work?

Answer: Fortunately, you don’t have to repurchase Minecraft if there’s an update. However, you will have to manually update the game.

However, if you want to play a new Minecraft version, you will have to repurchase it. What if you haven’t played Minecraft in a while? You can still play an older edition for no charge, though you may have to update it.

Teleporting is one of the most useful things to know in Minecraft. But this isn’t your only useful function in Minecraft. For example, you can make a cartography table to edit world maps.

We offer lots of insight into the amazing game of Minecraft. From how-to guides to recommendations, you can find all Minecraft information on our blog. Continue reading!