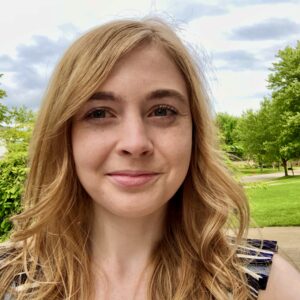 If you’re playing in survival mode, you need all the allies you can get in Minecraft–which is why knowing how to tame a fix can be invaluable.

Minecraft boasts 126 million active players a month, luring in fans from young to more experienced with its seemingly endless potential for creativity, challenge, and competition–which on display in November 2020, in the midst of a pandemic, where students around the world entered into the first-ever Minecraft education-based championship.

It’s clear that any age can enjoy Minecraft, but if you download the best worlds for Survival Mode, even if you’re an avid player, you may need a helping hand.

Taming a fox not only can help form a natural ally for you in this competitive game but knowing how to tame a fox in Minecraft may very well make for interesting gameplay.

Read this guide for all you need to know about foxes in Minecraft; what they do, and how you can tame one for your own gameplay.

What is the point of foxes in Minecraft?

A fox is just one of the many creatures you’ll encounter in Minecraft. Foxes are classified as mobs that are nocturnal, and you’ll find them mostly in areas rich with source trees (also known as taiga biomes).

Foxes are often found in the same regions as wolves in Minecraft. Foxes can play a big role in your gameplay and can be both a nemesis and an ally, depending on how you play. 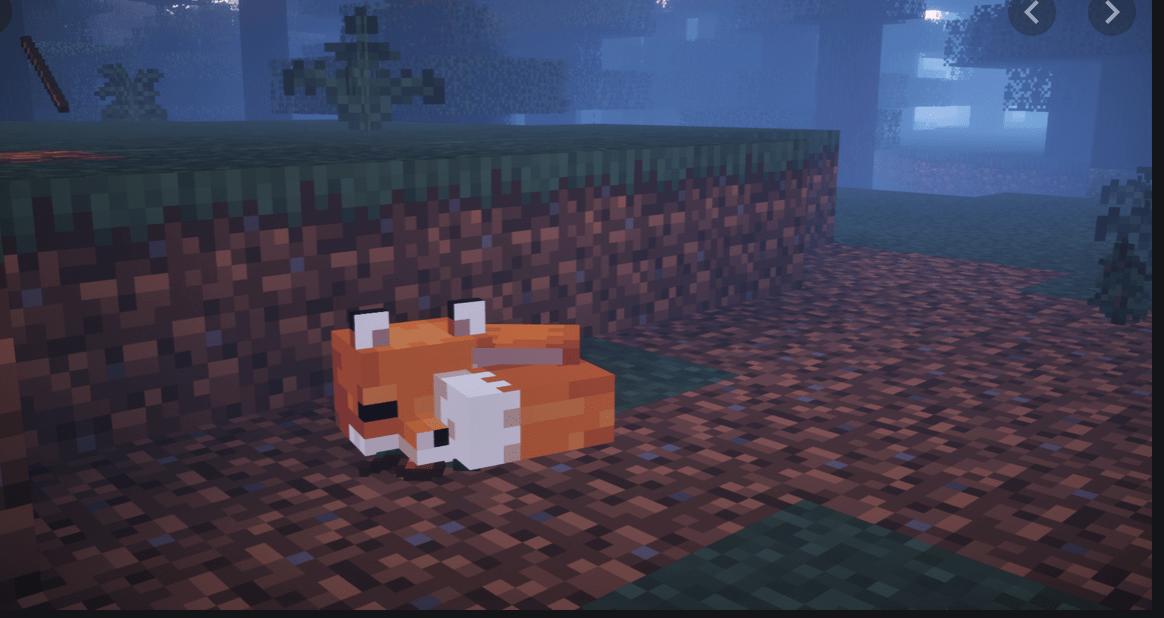 When do foxes in Minecraft appear?

Like many things in Minecraft, foxes spawn on their own as you play. Foxes will only spawn in either regular or snow-based taiga biomes, and most of their spawning happens at night.

When a fox spawns, it may do so alone or in as large of a group of 3 and can spawn either as fully grown or a newborn. Be wary though: even if you’re in a village a fox can spawn, especially if that village is a taiga biome.

What do foxes in Minecraft do on their own?

On their own, fox behavior in Minecraft is nocturnal, meaning they lie low or sleep by day and roam by night. You’ll be able to see this behavior displayed by snoring, but, without a sneaking interaction, you’ll waken or scare them away.

By night, they fix forage for food and try to avoid wolves, their natural predators. They may especially look for villages or berries for their food and can be heard crying out as they wander. You may also find them cutting off potential food sources: foxes love chasing after rabbits, chicken, and even fish.

But while it’s true that foxes on their own could potentially take away from your resources, foxes can be one of your most natural allies.

But as with many things, foxes were not universally loved (and some Minecraft players to this day find them more irritating them interesting). And when they first debuted, the graphics were not a hit among many, in fact inspiring jokes about how it was hard to distinguish the difference between Minecraft foxes and boxes.

After several adjustments, the foxes have gotten a graphics upgrade, and now have plenty of capabilities, like carrying items, defending players, and acting as allies.

Still, many players may contend that foxes can deplete resources or get in their way, and that may seem true if you don’t know how to, or never bother to, tame a fox.

What are some eccentricities about foxes?

Foxes in Minecraft are unique in a number of ways, from their eating habits to how they interact with others. Despite their love for chickens, they will refuse to attack any chickens not considered vulnerable.

While other animals cannot eat from berry bushes without harm, foxes can. They are especially attuned to their prey and will wake whenever they hear a fish or rabbit or chicken.

At times, foxes are overly ambitious and have to dig themselves out of deep snow areas– this is when they are at their most vulnerable for being attacked by wolves and polar bears. They are able to attack by holding weapons in their mouths; they also can hold the totem of the undying, which protects them from attacks.

How do foxes interact with villagers?

Left untamed, foxes may steal from villagers in order to get chickens. They can also take away other items in the game that might be helpful resources because they pick up objects that players can. Because of this, it’s especially useful to tame a fox so they don’t steal from you, and can potentially find resources for you.

Taming a Fox in Minecraft

Taming a Fox in Minecraft may take a little work, but it’s worth the effort, especially if you’re in an area filled with them. With a little strategy in mind, taming a fox can be one of your best steps in surviving a difficult Minecraft world.

The first step to taming a fox in Minecraft is to consider their behavior. They’re nocturnal, meaning that they’ll be active at night and sleeping by day. By day, it’ll be hard to find or make contact with them, as they’re notoriously skittish and trying to rest.

By night, they roam for food, making it not only easier to find them but also easier to approach if you have the right strategy. You’ll also want to avoid areas dense with wolves or polar bears (also for your own sake!).

Foxes can mostly be found in their natural biome. But remember, while you may find foxes in forests or wooded areas, you can also find them in villages or near their food sources. In fact, this may be a better option. Search near sweet berries, as this is easier than tracking down moving prey, like rabbits or fish.

Even better than finding sweet berry bushes is getting some of your own and placing them–essentially, a stakeout. You can obtain your own bushes from a villager, or take some from another berry bush. Keep in mind that it’s helpful to have a pack of foxes.

Taming even just one fox may be helpful, but it’s more practical to tame several at once. Using the sneaking interaction to approach; otherwise, they will run away. The goal is to lead them to be interested in the berries. This will work so long as you don’t move suddenly, and you are approaching them when they’re in search of food.

The next step, of course, is to feed the foxes. Though we like to say in Minecraft that you’re taming a fox, technically you are not taming them so much as getting them to trust you more–at least for adult wild foxes.

I suggest sticking with sweet berries and feeding two foxes at a time. If they’re pleased, you’ll know by them being willing to stay near you. This is also when you may see a heart above them.

Breeding foxes should be your next step. Once they’ve been eating for a while, a pair of foxes may get a heart above them. This indicates that they are ready to breed. Breeding doesn’t take any effort on your part; you’ll just want to stay near and make sure you don’t scare the foxes away. While adults and not fully tameable, their babies will be loyal to you.

Baby foxes, unlike wild foxes, are naturally keen to trust you. In fact, while you may never get adult wild foxes to fully trust you, baby foxes can be raised as your natural allies. The only catch is that baby foxes will follow adult foxes if left on their own.

The key is to instill loyalty immediately. Do this the way you lure in adult foxes: feed them from sweet berry bushes and take them with you. By doing this instantly, the baby foxes will form a bond with you vs adult foxes and grow up with you. You’ll need to feed them consistently to instill trust and be careful not to scare them.

After you’ve raised baby foxes, you’ll want to see them through adulthood and encourage them to breed. Once you’ve done this, you’ll have not only adult foxes loyal to you but potentially another generation. And even better, now you can use foxes to your advantage.

Now that you know how to tame, breed, and raise foxes in Minecraft, it’s time to use them to your advantage. No longer adversaries, use their natural tendencies to survive and get ahead in your game.

Foxes can carry objects just like any player can, making them useful for gathering resources and bringing them home. They can also use any objects they’re carrying, so be mindful of that. Learn how to make a saddle to help you survive and defeat nefarious mobs.

While they can’t fend off all enemies, foxes can serve as natural protectors. They can also carry weapons in their mouth to make their attacks or defenses more effective. And of course, the more foxes you have, the more effective defense.

I also love how fast foxes are, and able to scale difficult terrain. In addition, they can leap. They do so by crouching and then springing themselves into motion. This means foxes can easily navigate 4-5 blocks at a time. Do keep in mind that sometimes the arctic can stick in the snow.

Maybe one of the biggest advantages of having foxes on your side is they won’t be directly stealing from you, so long as you keep them loyal and fed.

Question: Why do foxes scream in Minecraft?

Answer: Foxes in Minecraft scream at night, much like real foxes. In real life, a fox screams and also barks as a form of communication. Screaming is especially common around January, which is the most common mating time. In addition, foxes may scream to ward off predators.

Question: How do you get foxes in Minecraft?

Answer: You can get foxes in Minecraft by luring them, most commonly with a berry bush. You can tame both arctic and red foxes by luring them in, then allowing them to breed and taking pox babies under your wing. Babies will naturally trust players in Minecraft, so long as they consistently tend to them and feed them.

Question: How long does it take a fox to grow up in Minecraft?

Answer: Foxes in Minecraft grow up from baby to full adult fox in around 20 minutes. Babies typically follow their parents unless you take them under your wing, so there’s a narrow window of time you can get them to trust you and become loyal. Breeding is quick and normally takes around 30 seconds after you feed and lure the foxes–otherwise, the love mode may time out and you may have to wait for the process to start over again.

Question: How do you tame a bee in Minecraft?

Answer: Just like foxes, you can also tame bees in Minecraft. Bees can be tamed by luring them with flowers. Flowers are used to first get bees’ attention and keep them together so they breed. While nearly any flower can be used, some flowers can actually harm beads (the Withering Rose). You can also use bees to your advantage to pollinate other flowers. You can even ride bees in Minecraft. Other animals you can tame in Minecraft include dolphins and pandas, among others.

Knowing how to tame a fox in Minecraft can elevate your game, help assist your player goals, and make it easier to manage resources and enemies alike. With speed, many abilities, and more, you’ll want to consider taming and breeding foxes into your game strategy. You can also check on this flying guide to help in your mode of transportation.